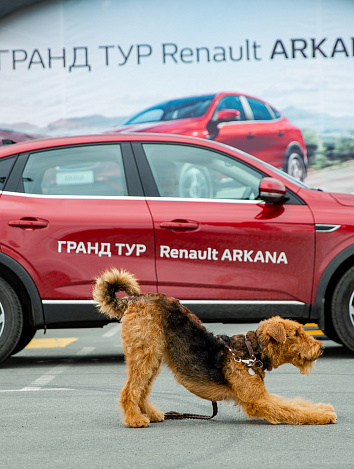 client RENAULT
project ARKANA GRAND TOUR 2019
# #Roadshows
Arkana opens a new chapter in Renault's history 01
And we have become the co-authors of this legendary milestone, carrying forth the brand's new philosophy.

The beginning was fairly standard — a roadshow in five million-plus cities from Nizhny Novgorod to Tyumen — but the wild demand and the enormous number of people willing to take part in the test drives of the new Renault Arkana brought the project to a new level.

Our car caravan traveled through dozens of cities in both Russia and Kazakhstan. The tour lasted so long that we had to make several extra sets of scenery.

The number of planned test drives soared almost twofold. The motto of the tour was "What is your strength?", and we certainly answered that question!